Upon his arrival from Virginia, Reverend George Washington Holland held regular worship services in the brush arbors of Winston-Salem. He also conducted services at the homes of his followers and at Hinshaw’s Hall at the corner of 4th and Chestnut Streets. In early 1879, Rev. Holland officially organized First Baptist Church, the first African American Baptist church in the city of Winston. He was assisted by the Rev. Henry Brown, the white pastor of the then Winston Baptist Church and his deacons. On July 23, 1879, the newly formed congregation took the deed of the property on the southeast corner of 6th and Chestnut Streets. This land was purchased from the United Brethren of Salem for $75.00.

The congregation continued to worship at various locations until 1882 when it was able to erect a large wooden edifice that fronted on Sixth Street. In the basement of this building was housed the first grammar school for African Americans in the city. The school was conducted by Miss Addie C. Morris, the Shaw University-educated missionary and member of First Baptist Church.

The congregation grew and in 1897, construction began on a new and larger edifice that fronted on Chestnut Street. Five years later, a magnificent brick-faced structure with impressive stained glass windows was completed. This structure was considered one of the most modern churches of its era constructed solely by African American artisans and builders. The new church was dedicated on Sunday, July 27, 1902.

The church continued to worship at 6th & Chestnut facility until, under the pastorate of Dr. David R. Hedgley, it moved to its current location. The new sanctuary was completed at a cost of over $250,000. The dedication and first worship service were held on Sunday, May 1, 1955. The Education Annex was added in 1968.

In 1982, FBC sponsored the construction of a 114- unit housing development for the elderly. The development was named in honor of Rev. George W. Holland, founder and first pastor of First Baptist Church.

To view a PDF version of an anniversary book celebrating our church’s sixty-sixth anniversary in 1945, please click here.

THE PASTORS OF FIRST BAPTIST CHURCH

REV. GEORGE W. HOLLAND, the founding pastor of First Baptist Church was born in Franklin County, Virginia in 1833. He was licensed and ordained as a minister in 1870 in Danville, Virginia. Upon his arrival in Winston in 1878, his first residence was a two-story log cabin located at the corner of Waughtown and Francis Streets. He later moved his residence to 309 E. Eighth Street. Rev. Holland organized fifteen churches in Virginia and twenty-three churches in North Carolina and is reported to have baptized over three thousand persons during his ministry. He delivered his final sermon on Sunday evening, October 28, 1906. His sermon text was taken from Revelation 2:4, “Nevertheless I have somewhat against thee, because thou hast left thy first love.” Rev. Holland served as pastor of First Baptist Church for twenty-seven years, until his death on Monday, October 29, 1906 at the age of seventy-three. The 114-unit housing development for the elderly in Winston-Salem, G. W. Holland Homes, is named in his honor.

DR. JOHN A. WHITTED was the second pastor of First Baptist Church. Dr. Whitted was a renowned preacher and author from the state of North Carolina. Previously, he served as Editor of the “Baptist Sentinel,” a weekly newspaper sponsored by the North Carolina Baptist State Convention. He was most noted for his publication in 1908, “A History of the Negro Baptists of North Carolina.” This well-written documentary still remains as one of the most authoritative sources for turn-of-the-century African American Baptist history. During Dr. Whitted’s tenure, the church rolls increased to over eight hundred members. Dr. Whitted remained at First Baptist Church a little over four years, from January 1907 until late 1911, when he resigned to become the pastor of a church in Birmingham, Alabama.

DR. JUNIOUS H. THOMAS became the fifth pastor of First Baptist Church in February 1925. Dr. Thomas was born in Alabama on May 1, 1884. He graduated from Selma University in Selma, Alabama in 1912. He received the Doctor of Divinity degree from the same institution on May 20, 1928. During his tenure, the church instituted the plate system of collecting offerings. The church also established a budget system with individual pledges and elected a Financial Secretary. After serving a little over three years, Dr. Thomas resigned in August 1928 and later accepted the pastorate of the Scott Street Baptist Church in Bluefield, West Virginia. Dr. Thomas pastored a total of ten churches during his lifetime.

DR. DAVID R. HEDGLEY became the seventh pastor of First Baptist Church on August 27, 1944. He was born in Mobile, Alabama on April 22, 1907. Dr. Hedgley received his undergraduate degree from Virginia Union University in Richmond, Virginia in 1931. He received his Master’s degree from the University of Chicago in 1935. He received two Doctor of Divinity degrees, one from Shaw University in 1953 and the other from Virginia Union University in 1955. Dr. Hedgley was a spiritually and scripturally grounded gospel preacher. He was a great Bible scholar and was well known for his convincing sermons. He was a strong church administrator and established many innovative processes to monitor and improve the church’s financial condition. One of his many accomplishments while pastor was the construction of the current church facility at 7th Street and Highland Avenue at a cost of $250,000.00. The dedication and first worship service were held on Sunday, May 1, 1955. The Education Annex was added in 1968 at a cost of $67,000.00. Also, under the direction and leadership of Dr. Hedgley and the members of the Trustee Ministry of First Baptist Church, the G. W. Holland Homes Housing Corporation was incorporated in the State of North Carolina on August 23, 1967. It is a non-profit organization and is sponsored by First Baptist Church (Highland), Winston-Salem, North Carolina. The corporation was granted a Housing and Urban Development (HUD) loan of over $1,300,000.00 to be used for the construction of 114 efficiency apartments for the low-income elderly in the City of Winston-Salem, located on two separate building sites. Nearly forty years later, the G. W. Holland Homes continue to thrive and have become an integral part of the efforts to provide affordable housing to the elderly. Apartment improvements and landscaping were recently completed and all 114 units are presently occupied. Dr. Hedgley retired on January 5, 1975 after thirty years of service. He became Pastor Emeritus at his retirement but agreed later to serve briefly as Interim Pastor after the resignation of Dr. William S. Epps in 1983. Dr. Hedgley continued in his capacity as Pastor Emeritus until his death on July 27, 1998 at the age of ninety-one. The David R. Hedgley Fellowship Hall is named in his memory. 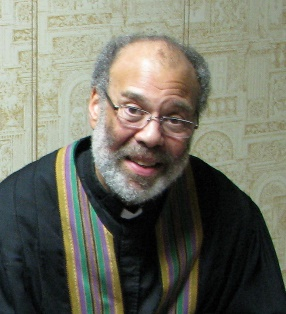 DR. WILLIAM S. EPPS was elected the eighth pastor of First Baptist Church. He began his tenure on April 22, 1975. Dr. Epps was born in Rochester, New York on June 3, 1944. Dr. Epps was ordained into the ministry in 1967. He received his Bachelor of Science degree from Bishop College in Dallas, Texas in 1966 and his Master of Divinity degree in 1969 from Union Theological Seminary in New York City. He also received a Master of Education degree in 1970 from Columbia University Teachers College in New York City. He earned his Doctor of Ministry degree from St. Mary’s Seminary in Baltimore, Maryland in 1983. Among the accomplishments of Dr. Epps was the preparation and distribution of the Church Members Manual. The Manual was designed to increase the knowledge and understanding of the aims and purposes of the church. Dr. Epps also established the foundation for the Deacon’s Family Ministry. After serving a little over eight years as pastor, on September 18, 1983, Dr. Epps tendered his resignation to accept the call to be the Senior Pastor of the Second Baptist Church in Detroit, Michigan. He was later called to be the Senior Pastor of the Second Baptist Church in Los Angeles, California. 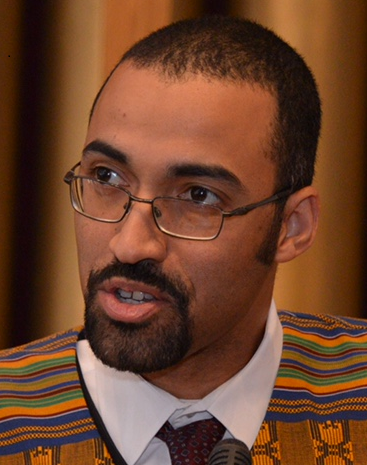 REV. PAUL ROBESON FORD was called as the eleventh Senior Pastor on September 17, 2017.  Rev. Ford was born and raised in New York City and grew up at the Riverside Church under the leadership of Dr. James A. Forbes, Jr.  Rev. Ford is a graduate of Grinnell College in Grinnell, Iowa where he received the Bachelor of Arts degree.  He received his Master of Divinity degree from the University of Chicago Divinity School.  He is currently a Ph.D. candidate at the University of Chicago.  He answered the call to the ministry in 1997 and was licensed to preach the Gospel at Shiloh Missionary Baptist Church in Des Moines, Iowa.  Rev. Ford came to First Baptist Church from the historic Union Baptist Church in Cambridge, Massachusetts where he served as Senior Pastor.  His leadership at Union Baptist was focused on stimulating growth and renewing the mission at this historic church.  His research interests are focused on the intersection between prison ministry, mass incarceration, and theology that is centered on transformation and liberation.  Rev. Ford has an extensive record of involvement in denominational and community organizations, including serving as the General Secretary of the Cambridge Black Pastor’s Alliance and as President of the Chicago chapter of the Ministers for Racial, Social and Economic Justice.  He was Co-Chair of Committed Clergy in Action for the National Action Network – Chicago Chapter.  He has been a featured guest on television and radio, including the International Sunday School Broadcast, Basic Black, and The Callie Crossley Show.  He was a panelist on the DVD companion to the book, “Saving Our Sons.” In 2012, he was ranked as one of the top 1% most endorsed for Preaching in the United States, by the LinkedIn online professional network.

REV. GLENN PETTIFORD was born in Durham, North Carolina, the son of Mr. and Mrs. McNeil Pettiford. Rev. Pettiford’s home church is the Mount Gilead Baptist Church of Durham.  Acknowledging the call to preach while in high school in Durham, Rev. Pettiford began preparing for the ministry while a member of Mount Gilead Baptist Church. He was licensed to preach three years later at the age of 19 and became an ordained minister in 1976. He is a graduate of Lincoln University in Pennsylvania. His seminary work was completed at the School of Theology at Virginia Union University in Richmond, Virginia, Southeastern Baptist Theological Seminary in Wake Forest, North Carolina and the Interdenominational Theological Center in Atlanta, Georgia. Rev. Pettiford served for five years as a full-time Chaplain for three agencies in Winston-Salem: the Prison Ministry, the Youth Detention Center, and Women’s Halfway House. Rev. Pettiford was then called to the pastorate of the First Baptist Church in Lexington, North Carolina, where he served for seventeen years.

First Baptist Church has had continued growth since 1879. It is the hope of the congregation to truly be a “beacon on the hill” attracting souls to Our Saviour, Jesus Christ. We pray that God will continue to be praised and His will be done as we seek to fulfill our MISSION:

“REACHING, PREACHING AND TEACHING THE GOSPEL TO ALL OF GOD’S PEOPLE!”